BEYOND THE PALE & SIDE HUSTLE SODAS HIGHLIGHT 2022 BAR LINEUP

How do you make a festival full of fantastic racing, artists and food even better? For the 2022 edition of the festival we partnered with local micro brewery Beyond The Pale and Side Hustle Sodas to do just that. From Beyond The Pale's delicious lineup of beers to the introduction of Side Hustle Sodas and their Black Raspberry and Grapefruit vodka sodas there are an abundance of thirst quenching beverages perfect for a summer day at the beach! 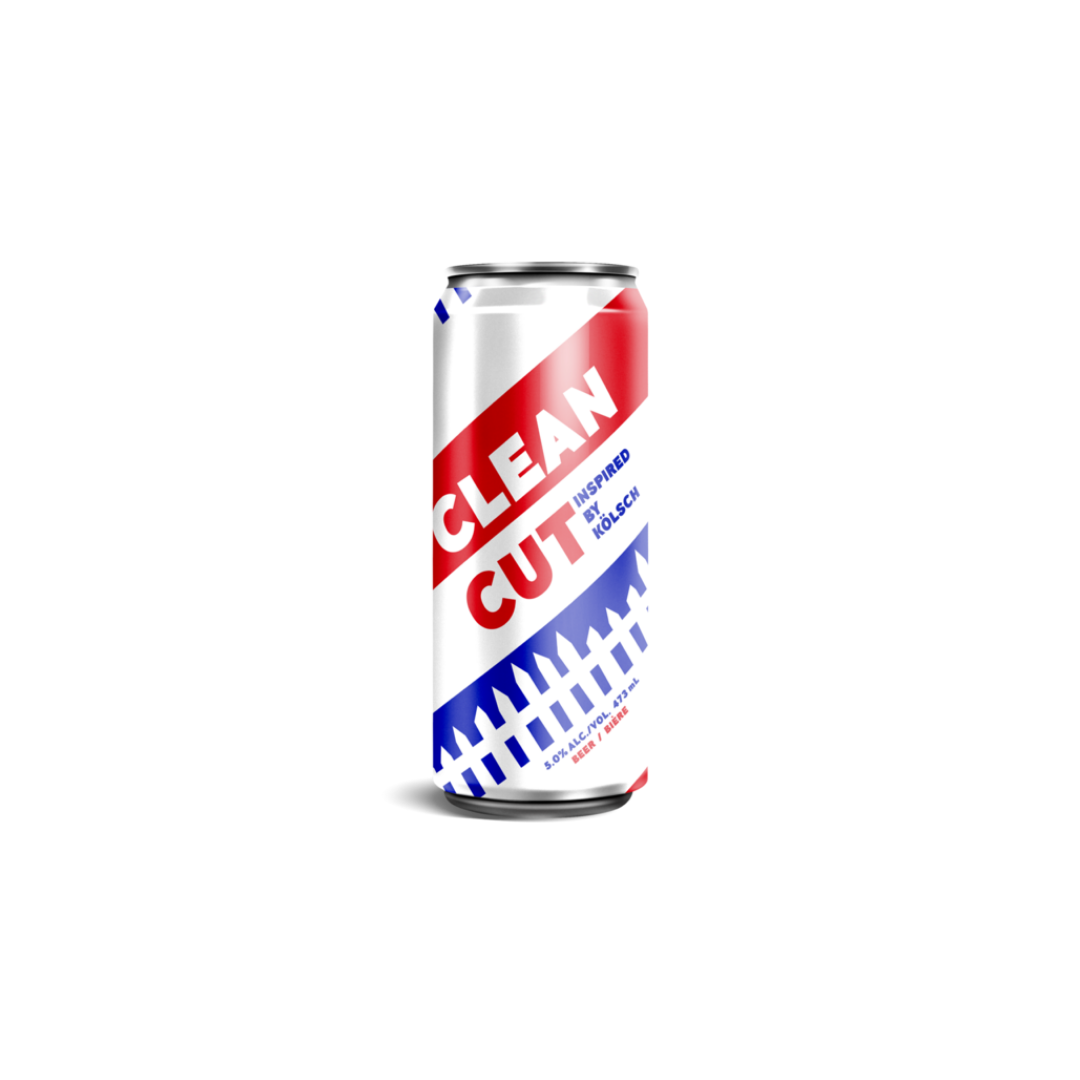 To make a truly “inspired by” beer, you have to visit the people who make it the best. After a trip to Koln, Germany, the brew team at Beyond The Pale came back and created their Clean Cut recipe. By using 100% German malts and yeast. The brewers were able to produce their most on-style beer ever. Crisp, Clean and refreshing, this is a fantastic patio beer and perfect for sharing. 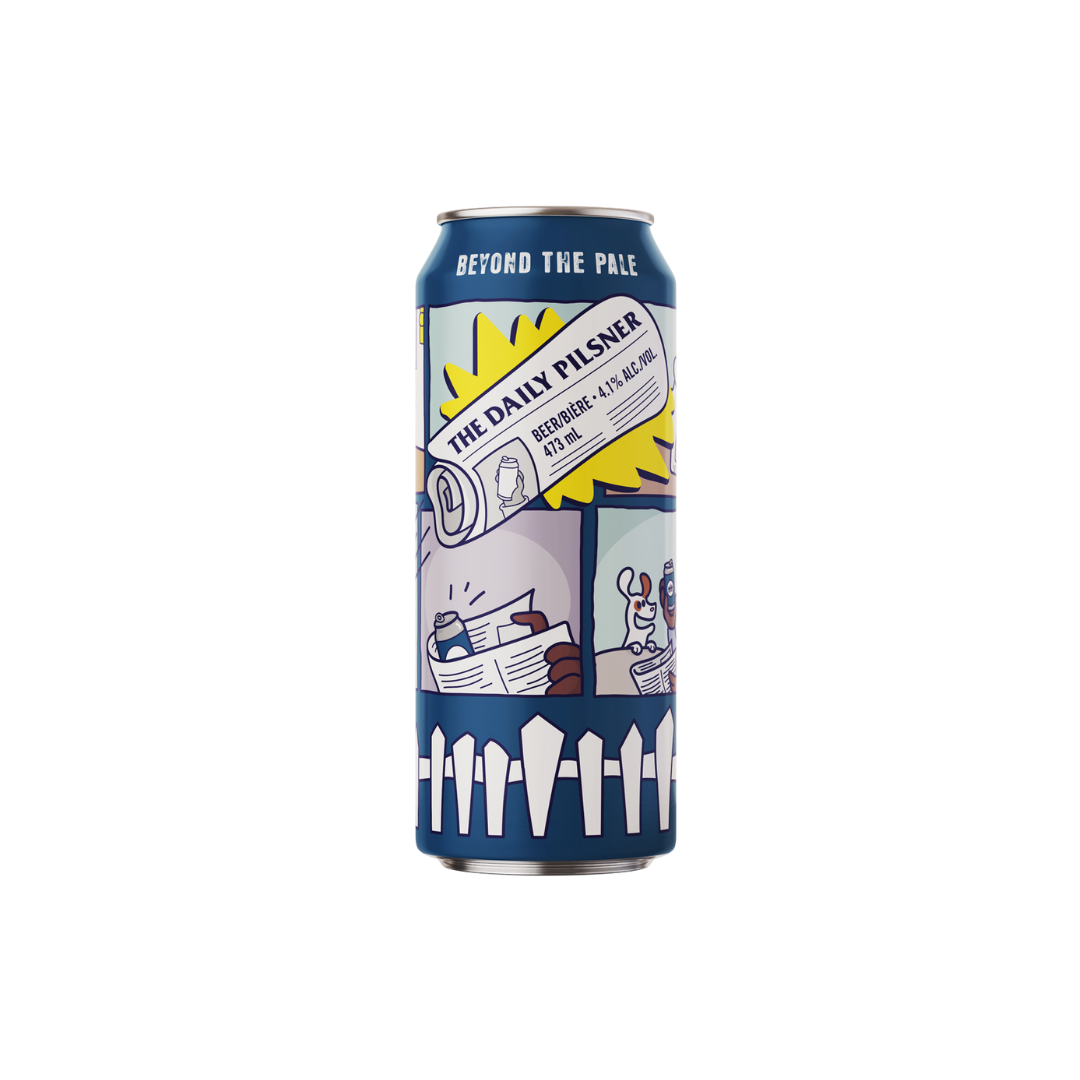 Daily Pilsner is a light, crisp Pilsner with a dazzling clarity to be consumed alongside your favourite source of propaganda. This is an all-season brew best enjoyed fresh off the press, featuring select German barley and traditional Czech hops. 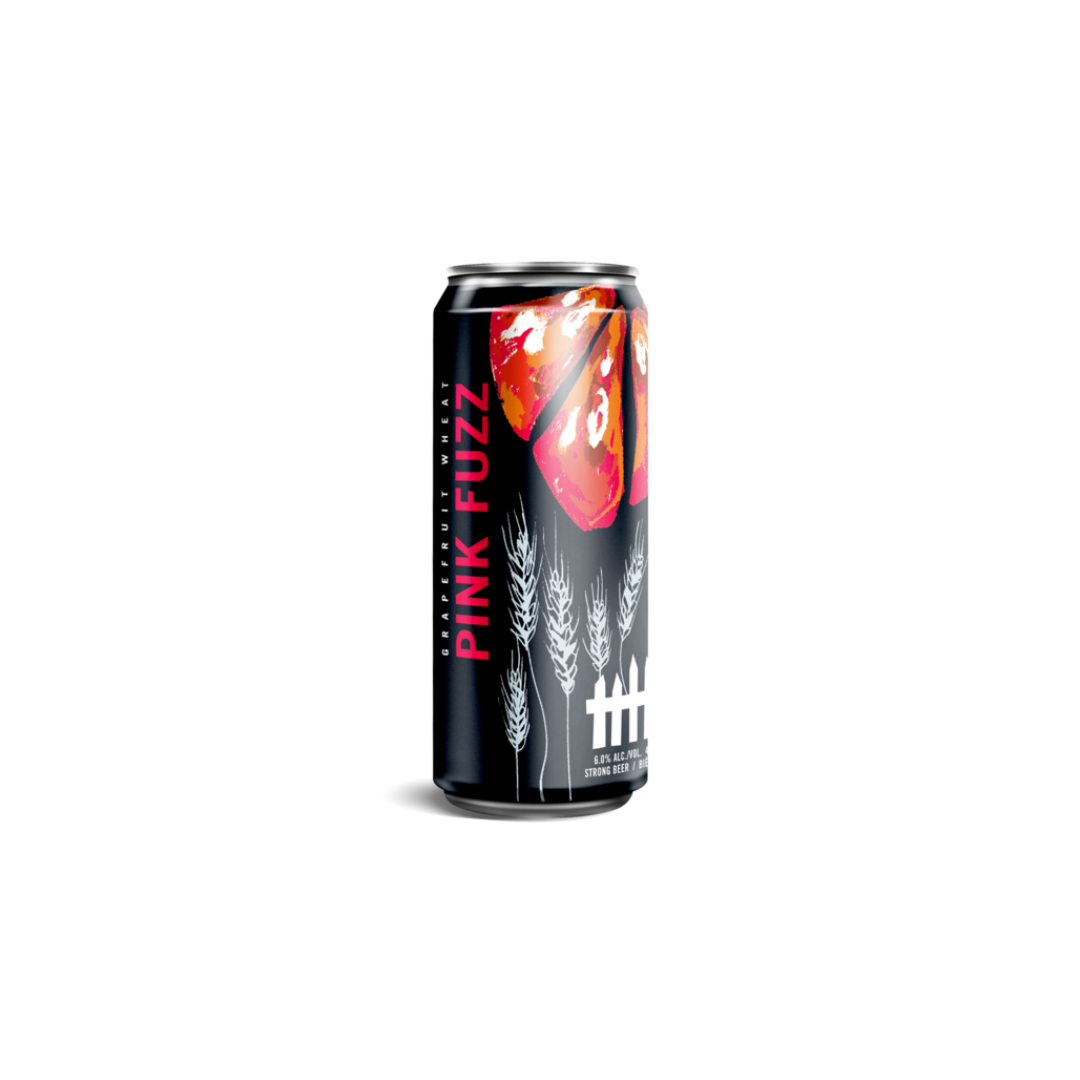 Pink Fuzz is not a traditional European Wheat Beer. Taking inspiration from the States, Beyond The Pale started with a wheat-forward brew, hopped with flavoursome American hops to give it a strong citrus taste. Then to this base, we overload it with the zest of only the juiciest grapefruits.

ORANGE IS THE NEW PINK 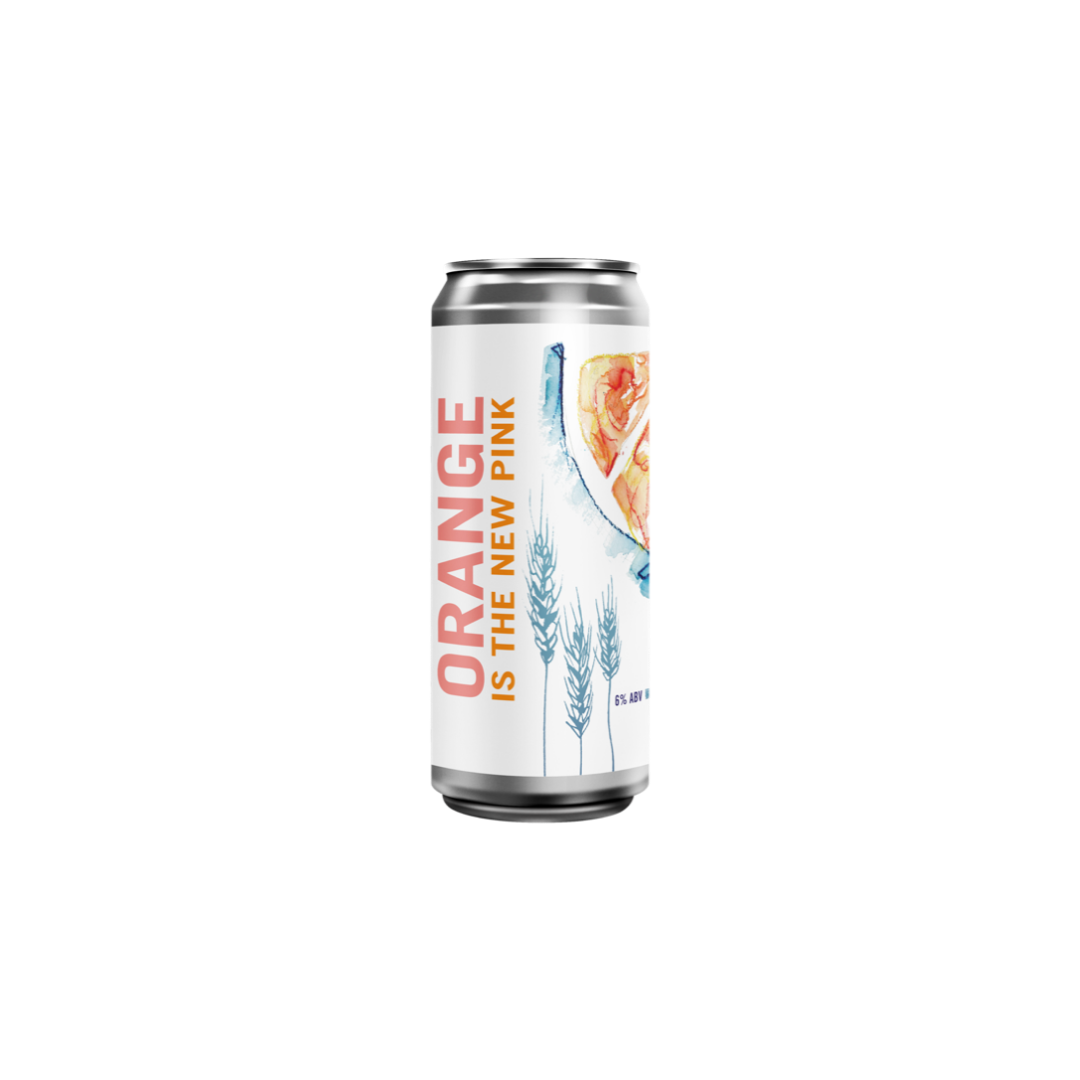 Beyond The Pale has taken their best-selling flagship beer and tweaked it. They've added flavourful Oranges in place of the zesty grapefruit and added a silly amount of the super fruity mosaic hops, which play well with the juicy sweetness of the oranges. As you drink the pith bitterness builds up, alongside the fresh fruit and hop character. 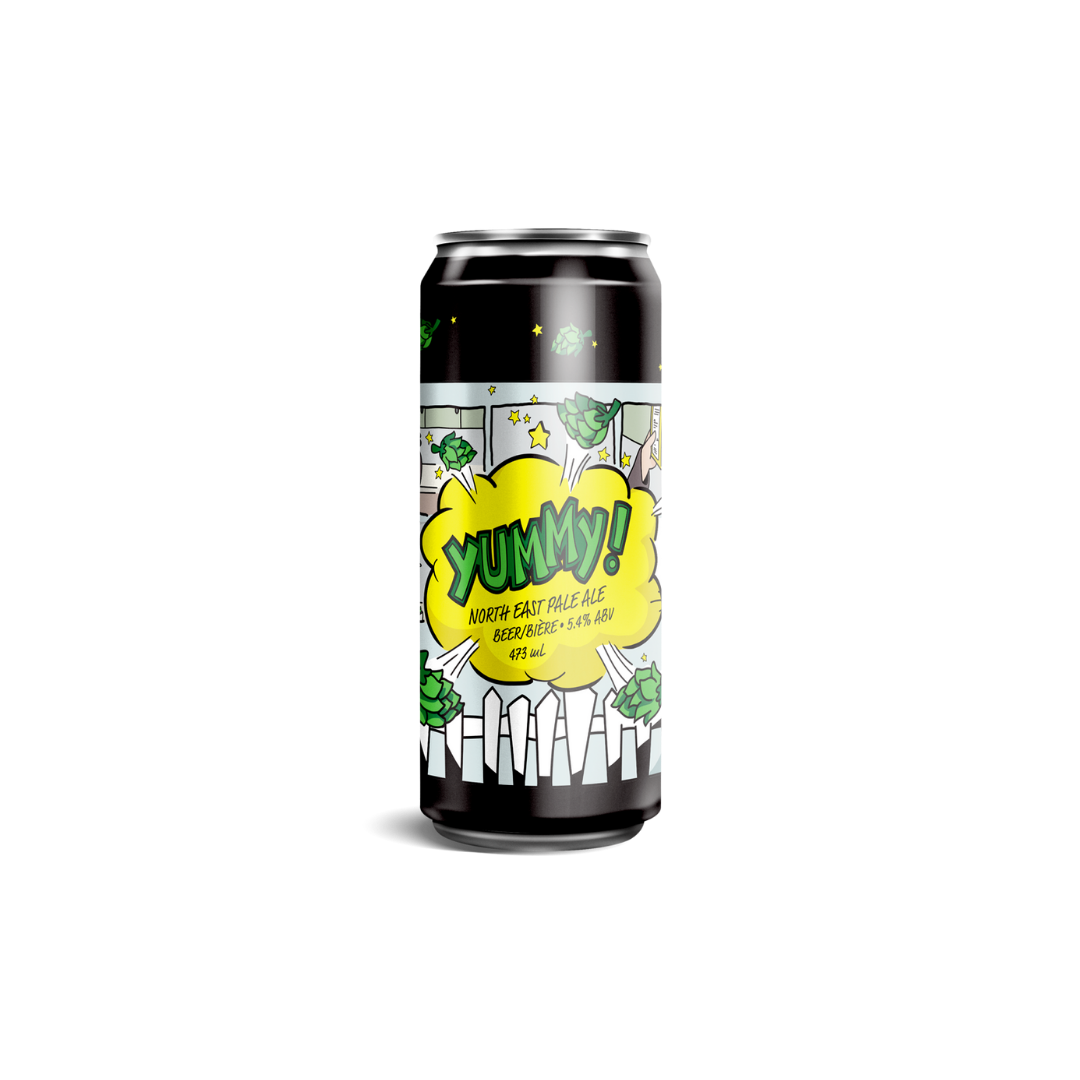 Share the love of this hazy North East Pale Ale with everyone you know. Brewed with Southern Cross and Citra, then dry-hopped with Mosaic, making this a unique and crushable juice bomb that delivers a big flavour without being sweet. Very appropriately named, Yummy! 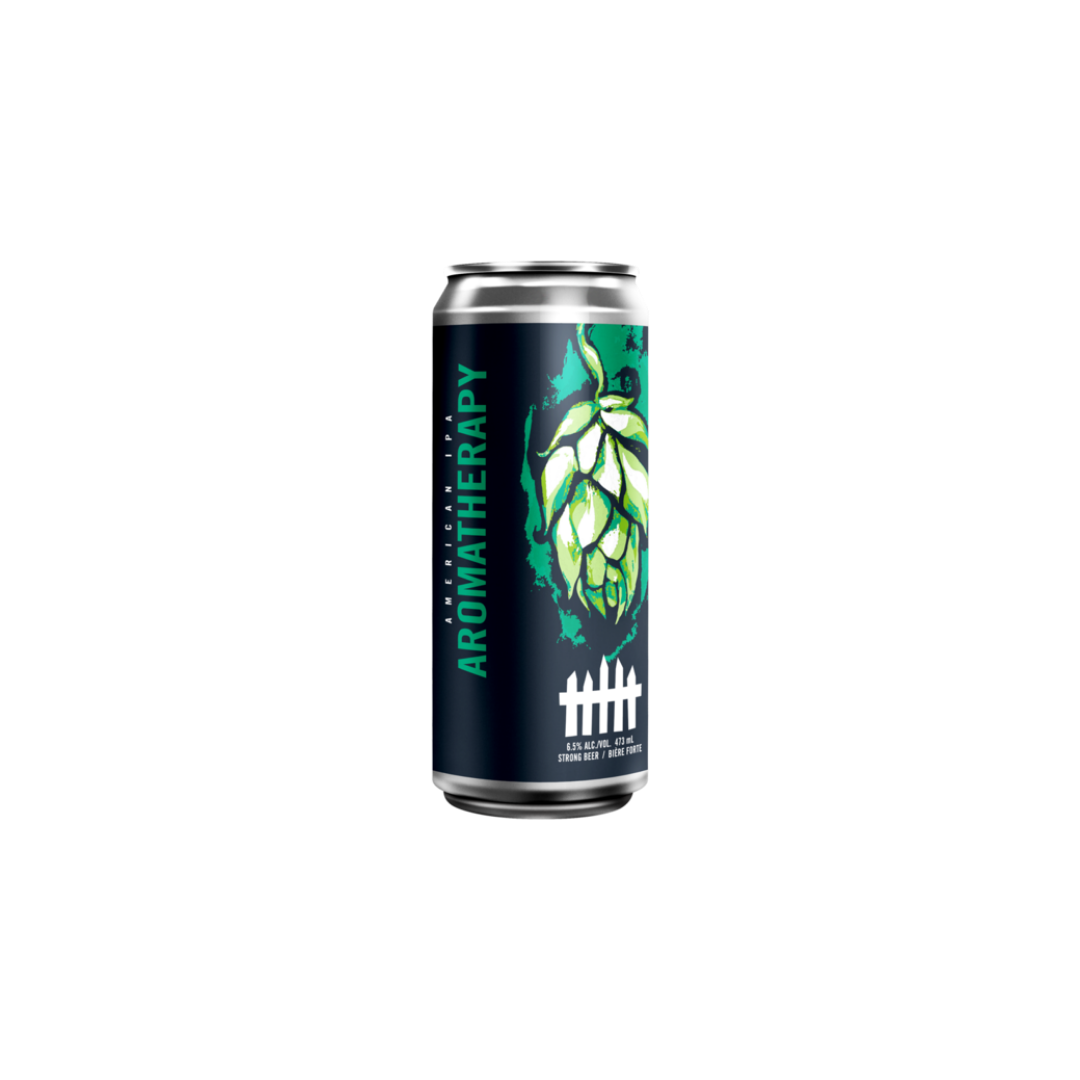 Brewed in the spirit of freshly canned Vermont beers, our headlining IPA is dry-hopped with Citra and Mosaic hops to give the beer a rich stone fruit character and a fresh grassy aroma. Using a pale malt body to highlight the hop characters, you will be able to enjoy a bright, refreshing IPA from the comfort of home. 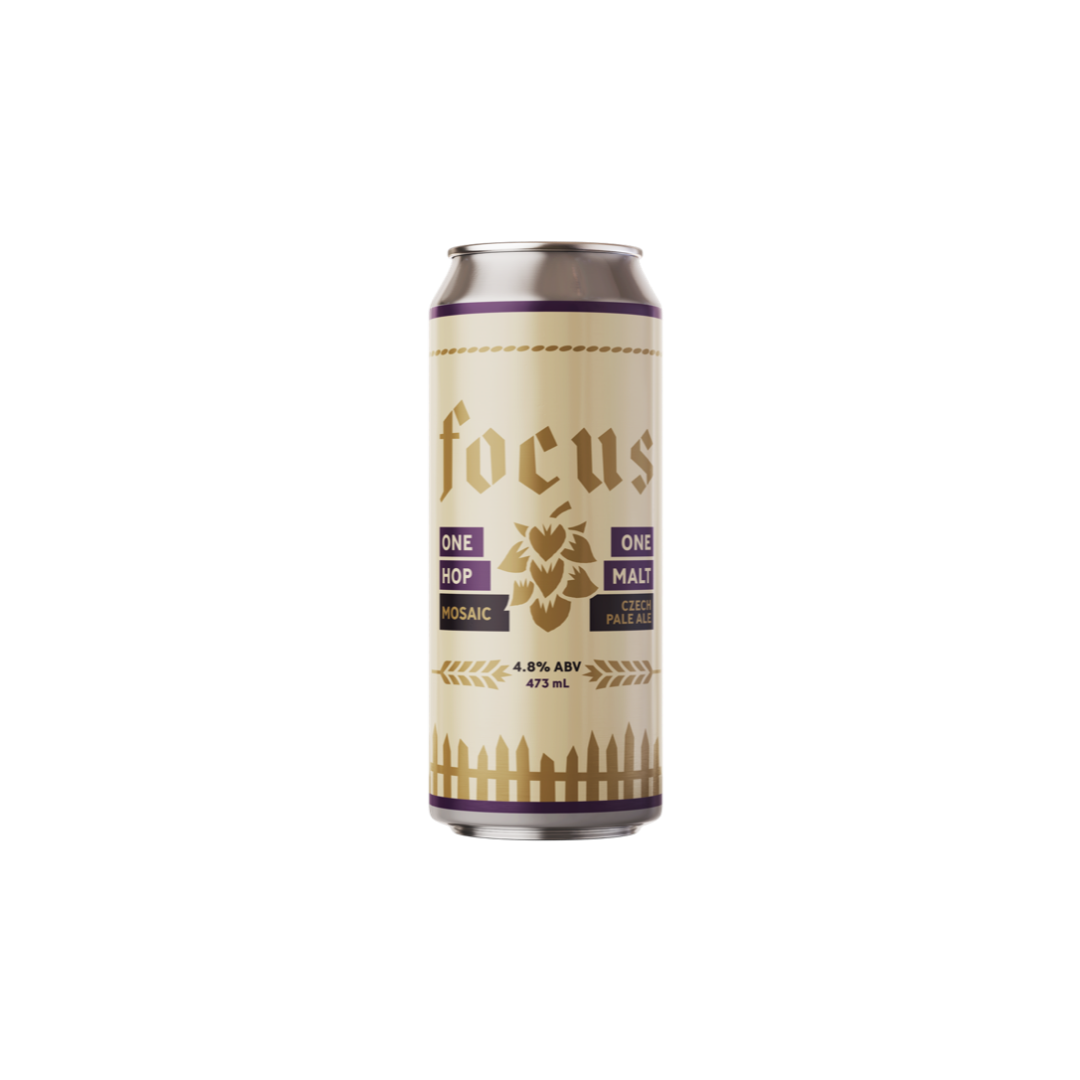 Sometimes you need a little change of FOCUS.  For this batch of FOCUS - our series of One Hop, One Malt lagered ales - we layered delicious Mosaic hops over a grainy Czech Pale Ale malt.  This beauty of a beer pours a golden colour with sweet berry and malt notes on the nose.  Combined with flavours of black currant and cereal, with a slight bitterness for a crisp finish, this beer is a real spring treat. 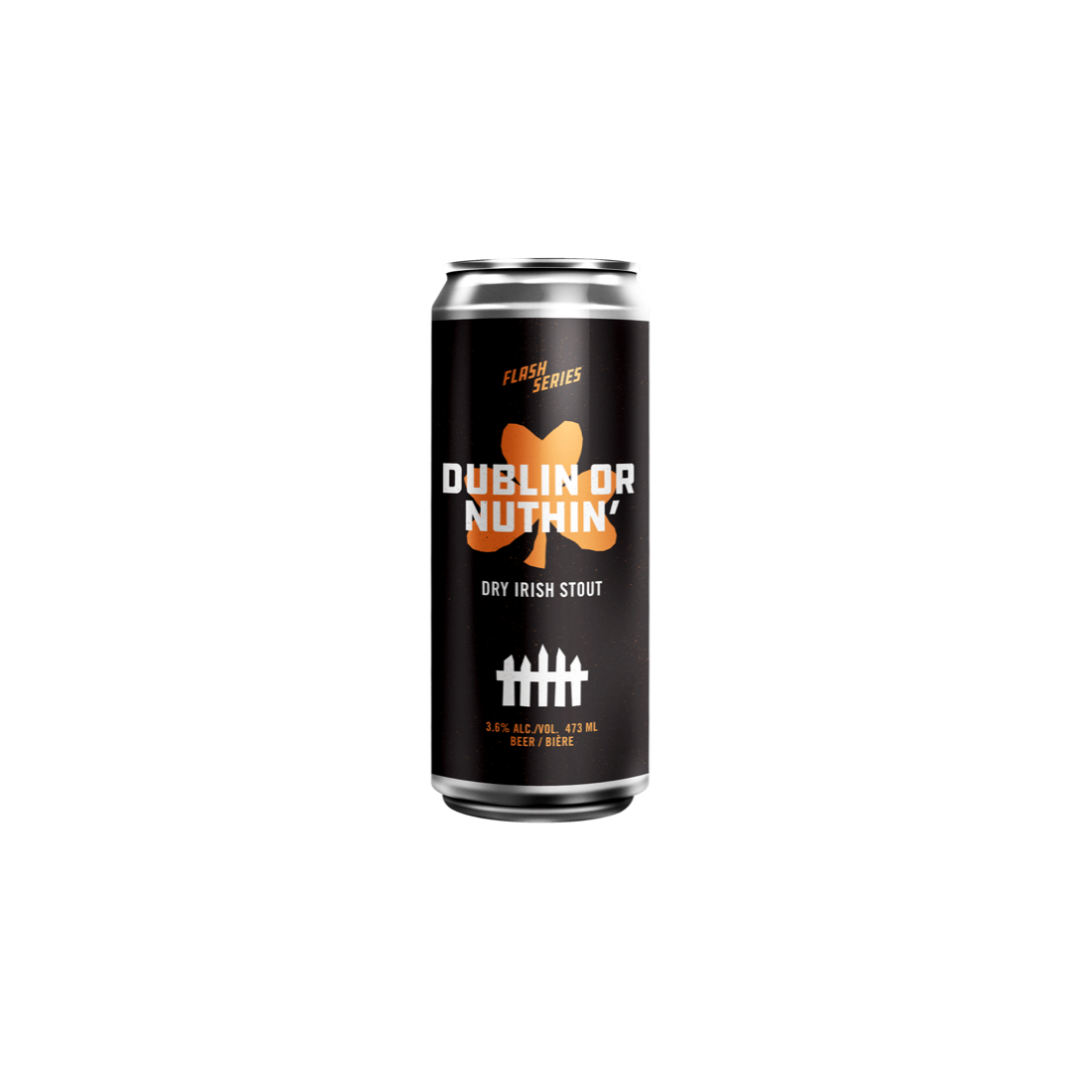 Dublin or Nuthin' is a dry stout with an emphasis on dark malts resulting in a chocolate flavours & coffee like aromas. At 3.6% this beer is easy to drink with tons of flavour for such a low strength entry & the dry finish will have you Dublin up for another!

Part of the all new Flash Series these are small batch releases, that will be gone in a flash. 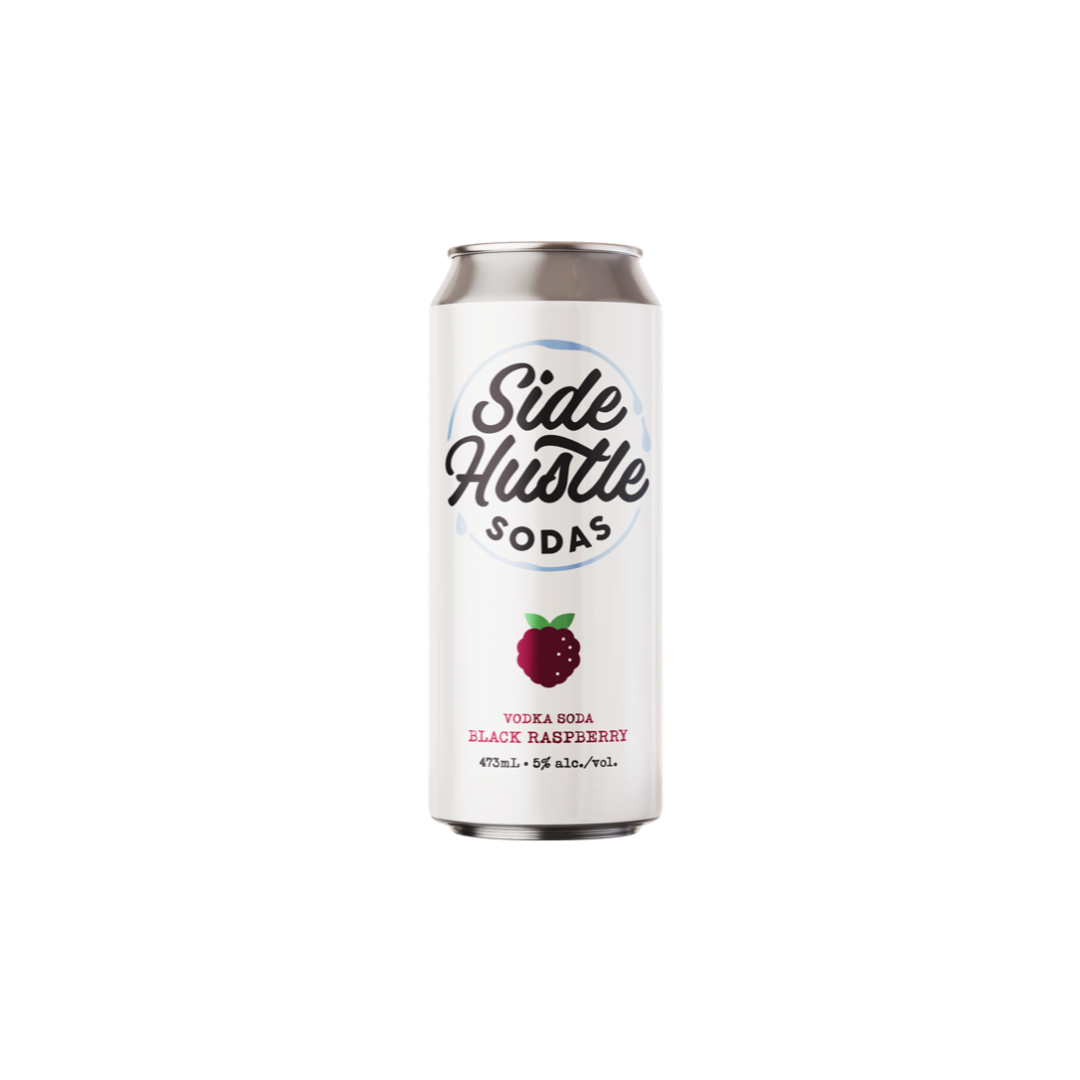 Side Hustle Soda's new Carbonated Vodka Soda drink. This crisp, fresh, refreshing beverage is elevated to the next level with hints of Black Raspberry. The perfect drink after a day of hustling.! 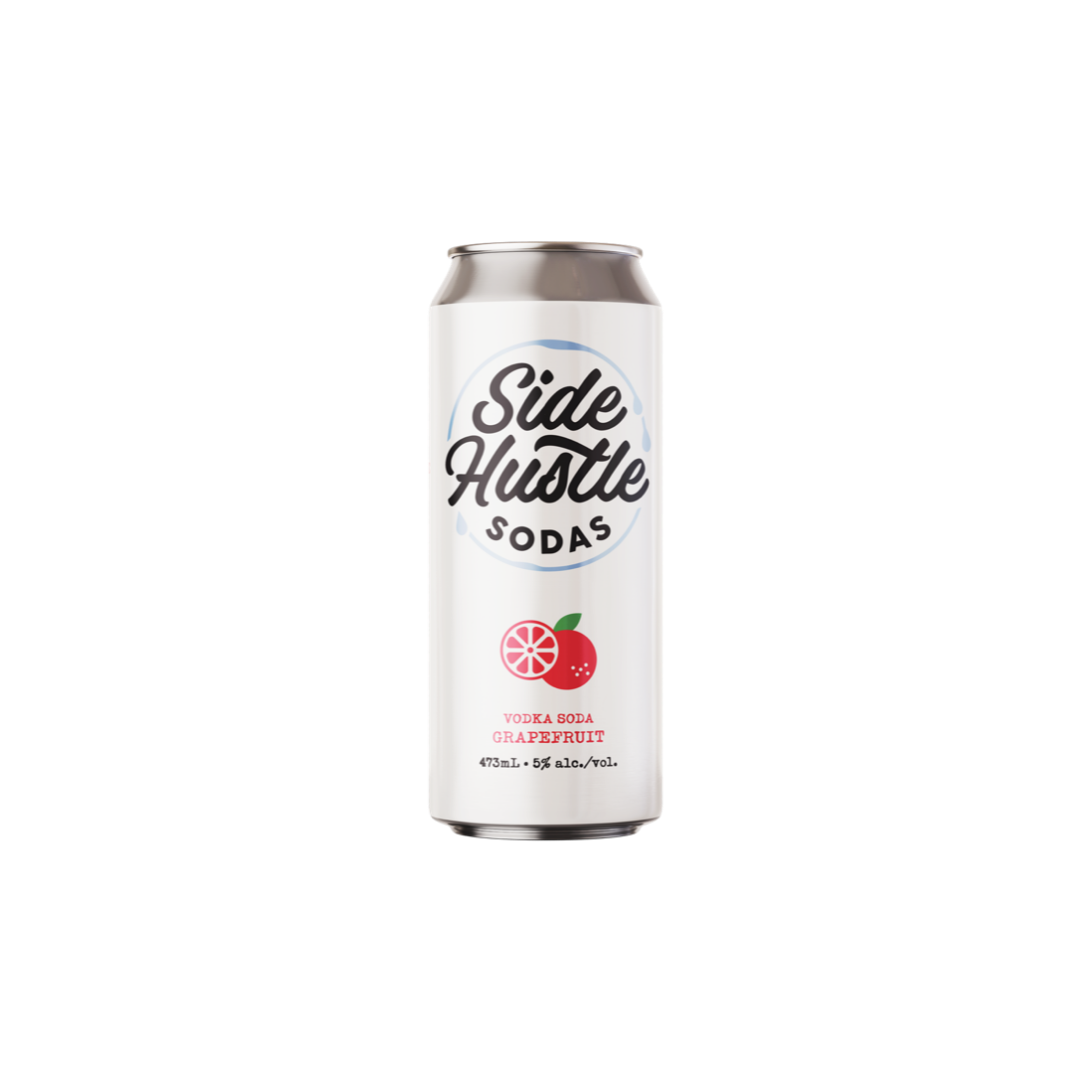 Side Hustle Soda's new Carbonated Vodka Soda drink is a crisp, fresh, refreshing beverage that is elevated to the next level with hints of Grapefruit!