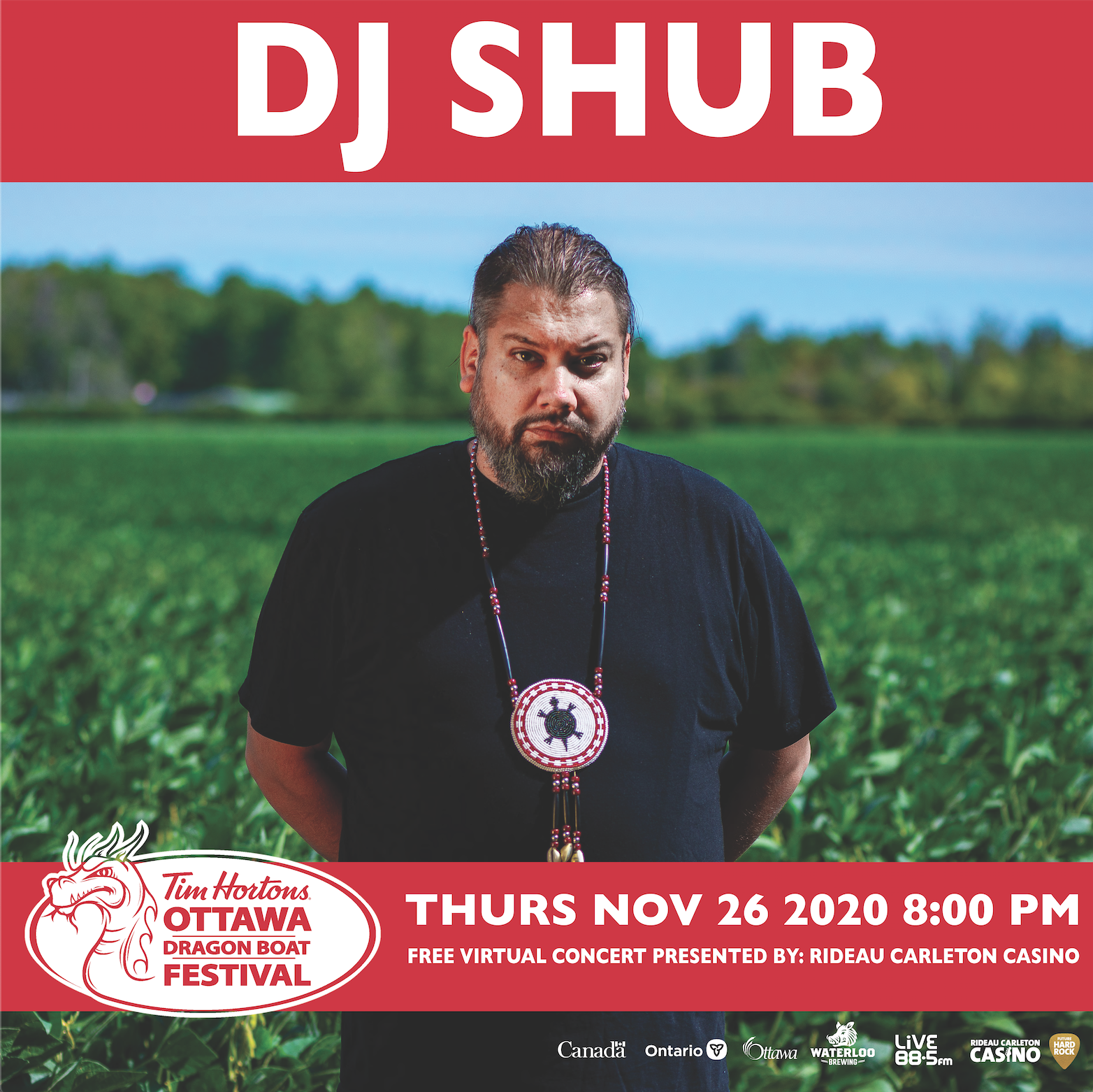 The Tim Hortons Ottawa Dragon Boat Festival is pleased to present an evening with DJ Shub who will be performing across the festival's digital platforms.

Considered to be the Godfather of PowWowStep, DJ Shub has undoubtedly pioneered a growing genre of electronic music since his initial start with internationally-acclaimed group A Tribe Called Red.

Born Dan General, he is a Mohawk, turtle clan of the Six Nations of the Grand River located in Ontario, Canada. Since the creation of PowWowStep, he has grown more aware of the Indigenous way of life through his music, merging his heritage with his craft. “This style of music – there is so much culture in it, and that’s what makes it so original,” said DJ Shub. As a solo artist, DJ Shub released his first EP “PowWowStep” in 2016 and has since played some of the biggest music festivals in North America. He’s also been featured in a number of national media outlets. His song “Indomitable” was notably handpicked by Sacha Baron Cohen as the theme music to his hit Showtime series, “Who Is America?”

DJ Shub is currently producing his first full-length album, due out December 3rd. His new record will be brought to life on the big stage, a non-stop body-moving experience with vibrant visuals, live drummers, vocalists and instruments.

Audiences can tune in from the festival's youtube Channel!