WE WERE SHARKS FREE VIRTUAL CONCERT 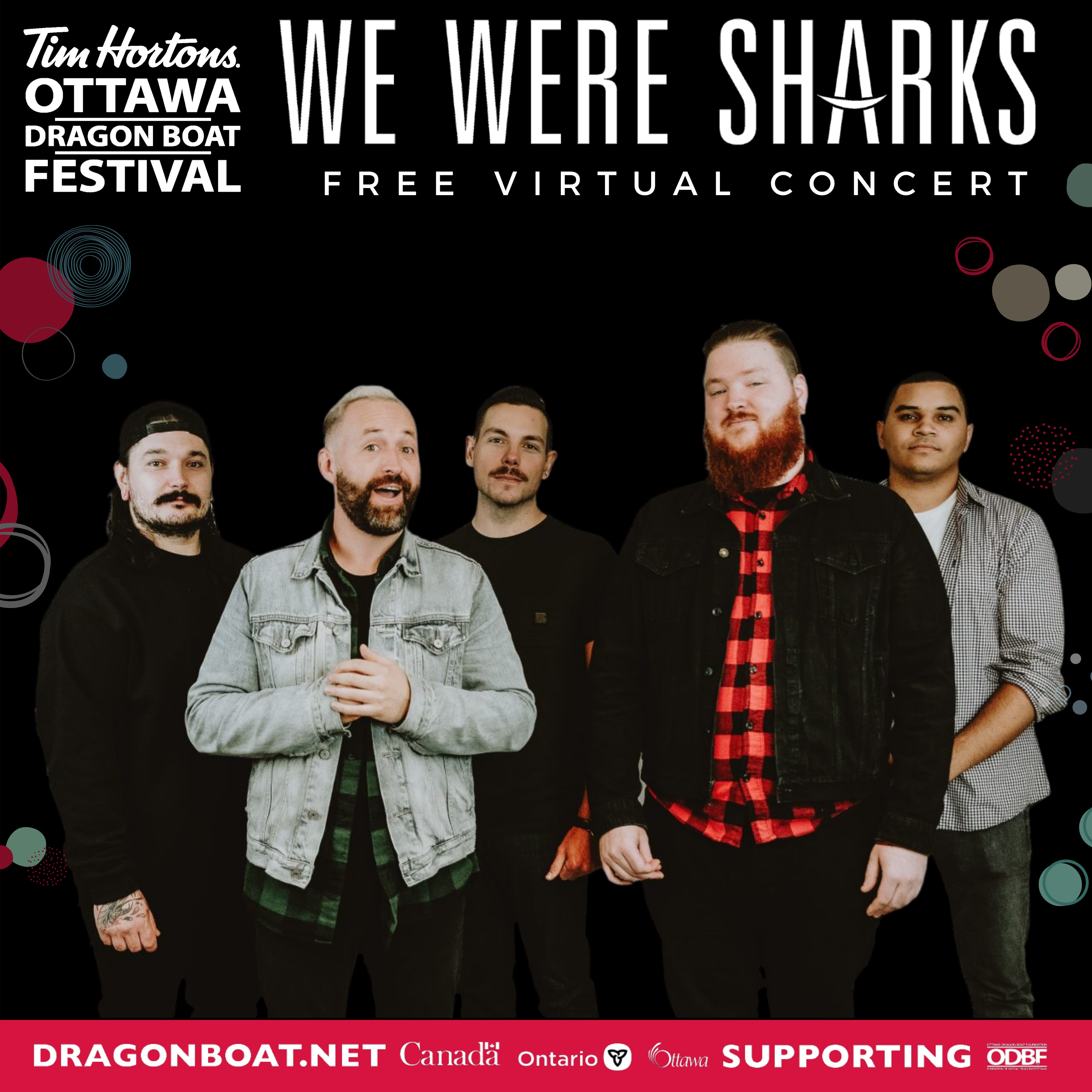 Organizers of the Tim Hortons Ottawa Dragon Boat Festival are so happy to present a free virtual concert with We Were Sharks.

The We Were Sharks story is one of tenacity and passion, being told with catchy vocal hooks and crunchy guitar riffs. Since 2011 these Canadians have been dedicating their lives to pumping out tunes and tearing apart highways.
After their debut LP release, Highways, in 2012 the band started gaining national notoriety and laid the foundations of a loyal fan base. Reinforced by their most accomplished work to date, 2015’s Not A Chance EP, which was released through Panic State Records. The record’s single “Bridge Burner” quickly amassed over 1,000,000 plays on Spotify (now more than tripled). We Were Sharks went on to release the 2018 powerhouse LP 'Lost Touch' and the band toured North America all year, including appearances supporting on tours with Abandoned By Bears, A Wilhelm Scream, Belmont, Such Gold, Boys Of Fall, Aaron West & The Roaring Twenties, Vans Warped Tour and more.

Based in Ottawa and collecting members from the far reaches of Eastern Canada, We Were Sharks continue to wield the full-force of Canadian alternative music. Through a penchant for blending melodic harmony with powerful dissonance they continue to produce infectious music. Even though these boys already have a lot of mileage under their belts, their book is far from written. Sharks recently partnered with Revival Recordings for a 2020 LP release.

Audiences can tune in from the festival's YouTube Channel or right here!