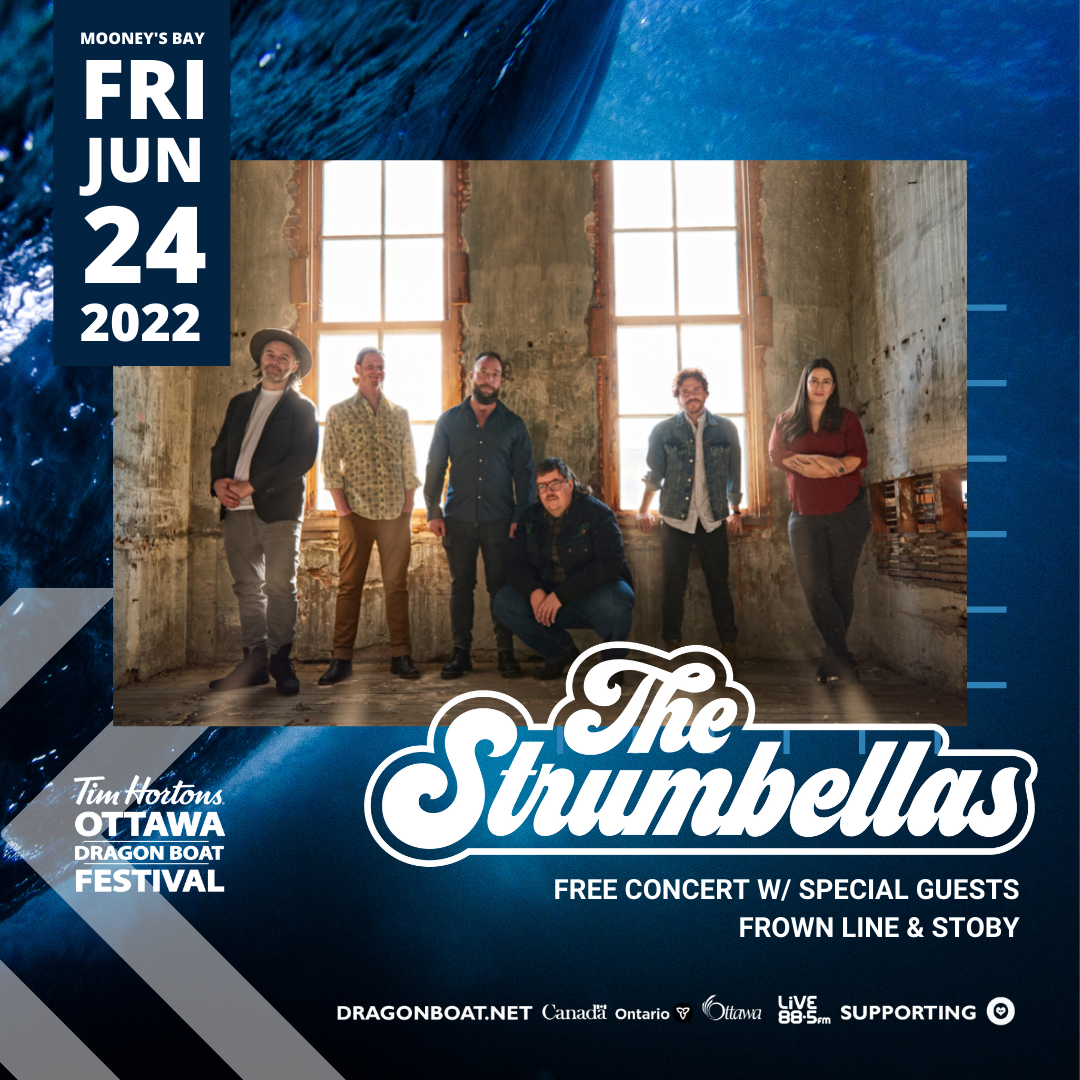 Organizers of the Tim Hortons Ottawa Dragon Boat Festival are happy to announce headliner The Strumbellas, supported by special guests Frown Line and Stoby, will be lighting up the stage on Friday June 24th at Mooneys Bay Park.

"We are so excited to have The Strumbellas headlinging our return to in-person festivities. It's going to be a fantastic night at the festival and a perfect way to kick off the summer.” says Antony Cooper, the festival's artistic director.

Formed in 2008, multi-award winning internationally renowned alternative rock band The Strumbellas have built their career on crafting exceptional songs, easily connecting with fans through their honest and relatable lyricism and versatile sound. The two-time JUNO Award winners have spent much of their time on the road, delivering standout performances at such notable festivals as Bonnaroo, Governor’s Ball, Lollapalooza, Austin City Limits and more.

Their 2016 studio album Hope gained international attention with single ‘Spirits’ topping the Billboard Alternative Songs chart, earning them the JUNO Award for  ‘Single of the Year’ and a coveted performance on The Late Show with Stephen Colbert. ‘Spirits’ has since been certified 3x Platinum in Canada and Italy, Platinum in Germany, and Gold in Belgium, France and the United States. Their 2019 release Rattlesnake and lead single ‘Salvation’ garnered another TV performance opportunity, this time on Late Night with Seth Meyers, and the track went on to win the band a 2020 SOCAN ‘Rock Music’ Award.