SPONSOR NEWS: THINGS COULDN'T GET COOLER WITH WATERLOO AND SEAGRAM PARTNERING WITH THE FESTIVAL FOR THE NEXT 3 YEARS! 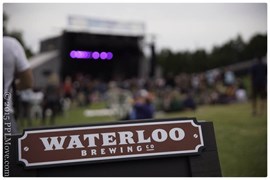 The Ottawa Dragon Boat Festival today announced an exciting partnership with Brick Brewing Co. Limited and its Waterloo Brewing Co. and Seagram brands as the official beer, cooler and cider provider of the festival.

The sponsorship grants Waterloo Brewing Co. and Seagram exclusive rights in the beer, ready to drink cooler and cider categories everywhere alcohol is sold throughout the Tim Hortons Ottawa Dragon Boat Festival for the next three years. The 23rd annual edition of the Festival will be held from June 23-26, 2016 at beautiful Mooney’s Bay Park, Ottawa. The three year agreement also spans the 2017 edition when the Festival will be celebrating Canada’s 150th and 2018 which will be the Festival’s 25th Anniversary!

Known for being North America’s largest dragon boat festival, the Tim Hortons Ottawa Dragon Boat Festival returns in 2016 with fantastic free concerts, roaring crowds and a mouth-watering range of culinary delights and thirst quenching beverages perfect for a summer day at the beach. Festival Director of Operations Antony Cooper commented, “We couldn't be happier to partner with great Canadian brands like Waterloo Brewing Co. and Seagram Coolers and Ciders. It enables us to provide award-winning premium quality Canadian craft beer, coolers and cider to our attendees adding to their first-class festival experience.”

Director of Sales for Brick Brewing Co. Limited, Jim Manz added, “Brick Brewing is extremely pleased to have renewed our partnership with the Tim Hortons Ottawa Dragon Boat festival for another 3 years. As one of the premier summer events in Ontario, the Festival is the perfect platform for Ontario beer and cider drinkers to sample our award winning Waterloo Premium Craft Beer, Seagram Cider and Seagram Coolers. The Festival committee works tirelessly to ensure the experience for both race participants and attendees is world class, and Brick Brewing Co. Ltd. is proud to continue our relationship.”

The Tim Hortons Ottawa Dragon Boat Festival is a multi-day celebration of the arts, sports, culture and heritage that attracts over 75,000 visitors each year. The Festival, boasts 200 teams in competitive, corporate and community categories, is one of the hottest sporting and entertainment events in the Nation's Capital. Recognized as North America’s premier dragon boating festival the four day celebration offers free admission to multiple stages with world class programming, marquee concerts, amusement attractions, sports demonstrations, a variety of artisans, exhibitors, delicious culinary treats, beach-side bar, children’s area and non-stop racing. The Tim Hortons Ottawa Dragon Boat Festival is made possible by the continued support of Canadian Heritage’s Building Communities Through Arts and Heritage, Celebrate Ontario and the City of Ottawa Partnership Program.

Brick Brewing Co. Limited is Ontario's largest Canadian-owned and Canadian-based publicly held brewery. The Company is a regional brewer of award-winning premium quality and value beers and is officially certified under British Retail Consortium (BRC) Global Standards for Food Safety, one of the highest and most internationally recognized standards for safe food production. Founded in 1984, Brick Brewing Co. was the first craft brewery to start up in Ontario, and is credited with pioneering the present day craft brewing renaissance in Canada. Brick has complemented its Waterloo brand premium craft beers with other popular brands such as Laker, Red Baron, Red Cap and Formosa Springs Draft. Brick trades on the TSX under the symbol BRB. Visit us at www.brickbeer.com