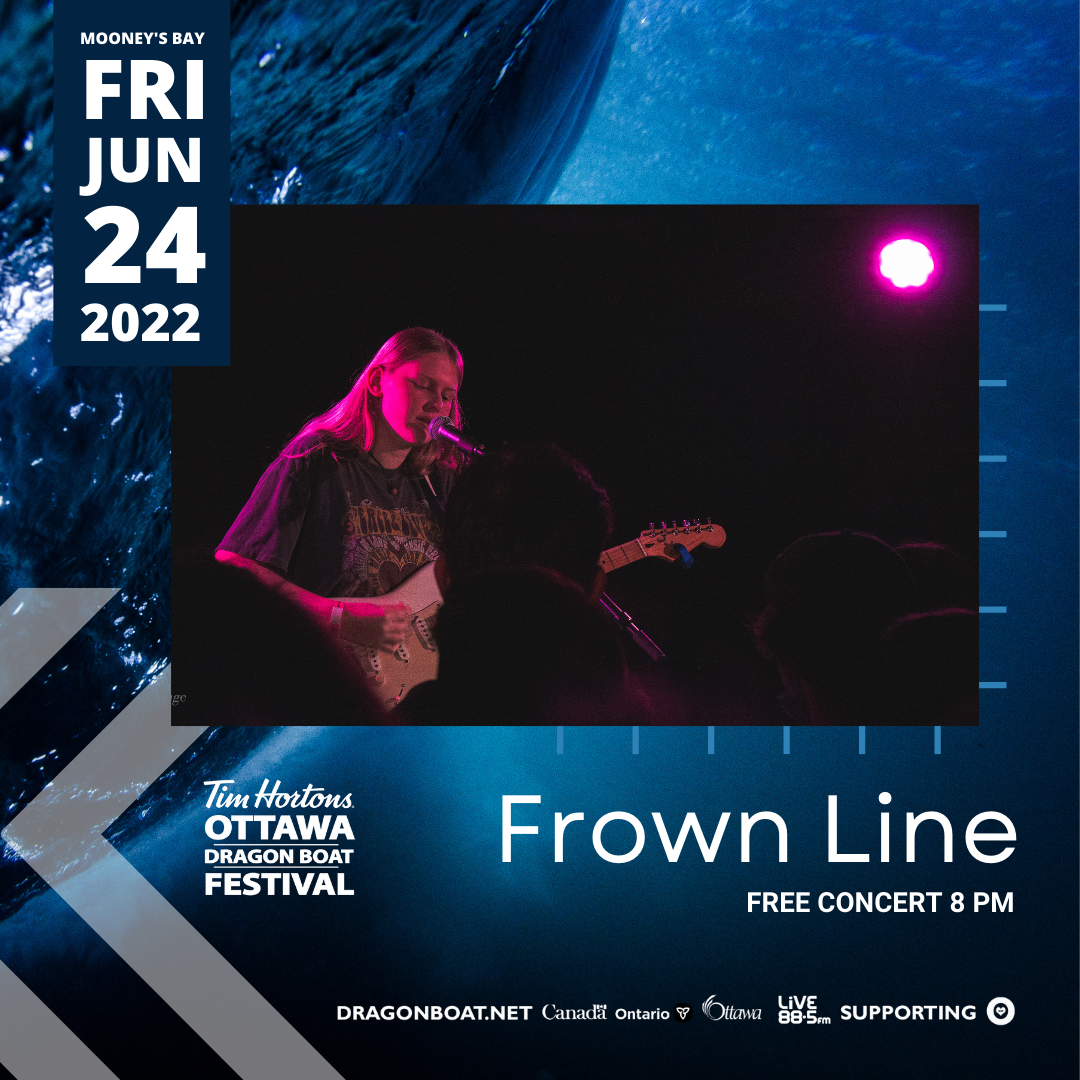 frown line is the indie rock, musical project of 19-year old guitarist and writer, Annika Devlin. frown line combines straight forward, melodic guitar progressions with energetic drums and smooth bass to create a danceable and easy atmosphere for casual listening and live performances. She released her first song 'September' on April 30th 2021. Within 24 hours, the song hit 1000 streams on Spotify thanks to being playlisted by the popular Spotify curated playlist 'Undercurrents'. Since then, the song has also been added to other playlists like 'Study Break', 'Fit Check', 'Best new Indie' and more. Only a few months later she released her second single '(Tired of) Always Getting Older' which also earned spots in playlists like 'Fresh Finds: Rock' and 'Best of 2022'.

After moving from Ottawa to Montreal for University and while working on her debut EP (releasing summer of 2022), Annika was offered to play solo for her first show opening for local indie rock band Dad Sports in November 2021. Since then, she has recruited her 2 best friends (Seamus and Juan) to play drums and bass for frown line. Since then they have opened for acts including Tennyson and OMBIIGIZI.